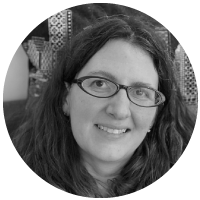 Remei Capdevila-Werning is Assistant Professor of Philosophy at the University of Texas Rio Grande Valley. She received her Ph.D. from the Universitat Autònoma de Barcelona, and a SMArchS in History, Theory, and Criticism of Architecture and Art from the Massachusetts Institute of Technology. She has taught at Oberlin College, Fairfield University, the School of Visual Arts, and served as Director of Education and Public Programs at El Museo del Barrio in New York City. Her expertise is in aesthetics and the philosophy of art, with a particular focus on the philosophy of architecture. Her current research centers in intergenerational aesthetics, philosophical issues of preservation and geoheritage, and aesthetics of borderlands. Among her publications are: Goodman for Architects (Routledge, 2014), “Every difference makes a difference: Ruminating on Two Pavilions and Two Modernities,” (in Mies van der Rohe – Barcelona, 1929 (Tevon, 2017), “Preserving Destruction: Philosophical Issues of Urban Geosites” (Open Philosophy, 3-1, 2020), “Intergenerational Aesthetics” (Philosophical Inquiries, 9-2, 2021).