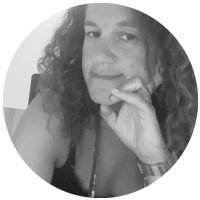 Sophia Antoniadou received her Ph.D in Edinburgh University on Late Bronze Age trade in Cyprus. During her first years in Athens she worked as the Director of the Pierides Museum of Ancient Cypriot Art and still works with the Pierides Foundation in Cyprus on European Projects. . She has participated in all major EU-funded projects of the Foundation, both in creation and implementation (such as Crossings and Suspended Spaces). In 2009 and for three years, she worked as a scientific advisor on culture and education issues at the Hellenic Parliament and the Ministry of Culture while in 2012 she completed the Cyprus Theatre Museum in Limassol. She has published several articles on Cypriot Prehistory and politics and archaeology and her latest book (co-edited) is on culture heritage management and strategic planning. She taught at the Hellenic Open University from 2008 until 2017. In 2013 she co-founded the first company in Greece on cultural tourism.