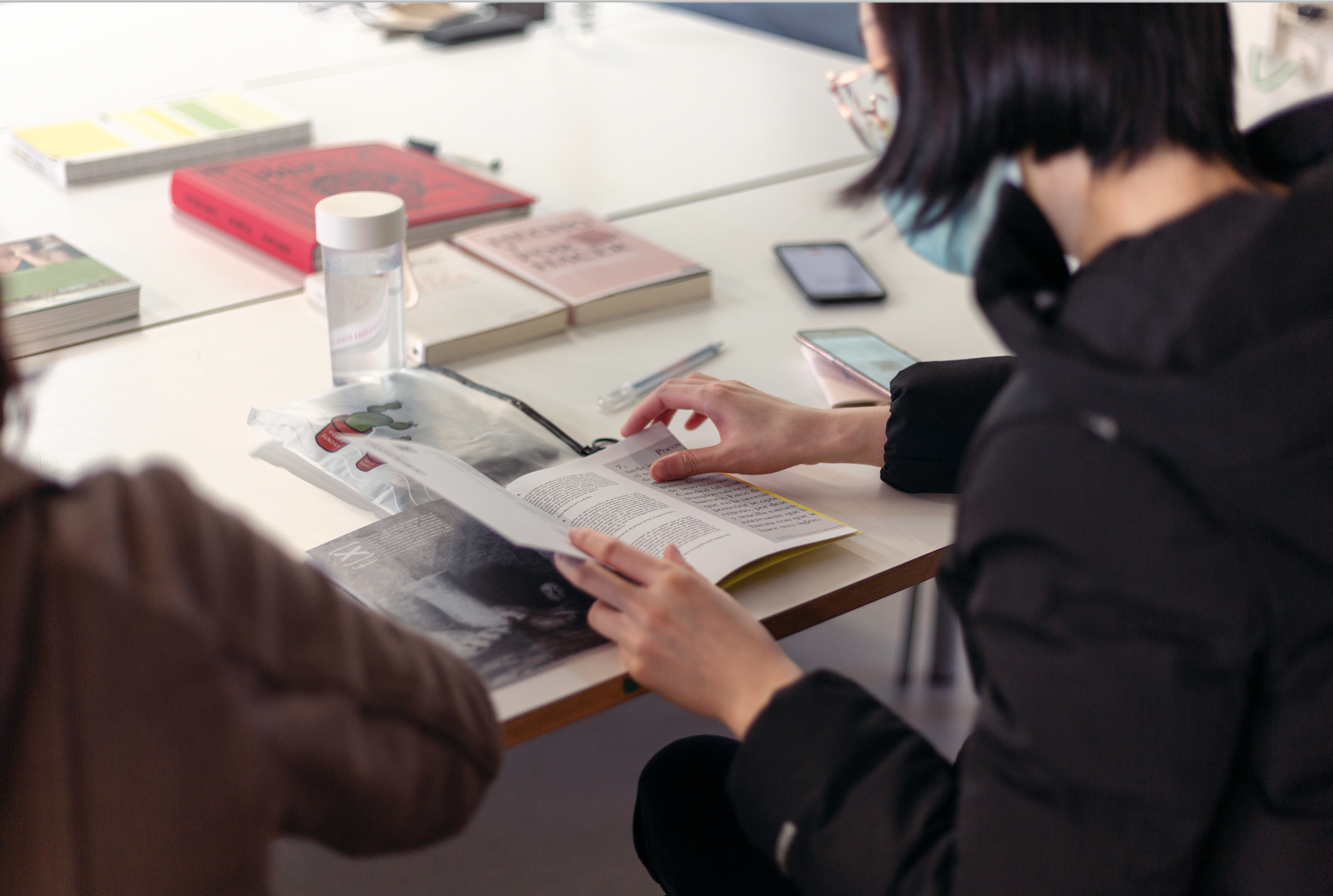 Photo: taken by Cecília Coca at the "A knowledge by photomontage (Assemblage)

Sessions at EINA by the Autonomous University of Barcelona

A knowledge by montage (assemblage)

Walter Benjamin argued that a true history of art should not tell the story of images but must access the unconscious of vision, something that cannot be achieved through the story or the chronicle but can only be achieved through interpretive montage. The work of Pedro G Romero has not stopped exploring in the unconscious of the history of art and the popular, its central problem is the reflection and investigation of the image as a point of resistance in the face of time, be it a historical or biological time , psychological or verbal. In his works there is a constant concern for the disappearance of authorship. From the multiple languages and materials with which he works, we will explore what this knowledge can mean by montage. Pedro G Romero, an artist who has developed an intense activity through multiple disciplines: sculptor, painter, performer, playwright, screenwriter, etc. as well as art and literature critic, editor, essayist and expert in flamenco. In 1986 he made his first individual exhibition and in 1988 he exhibited Magatzen d’idees in the Moncada room of the La Caixa Foundation, in Barcelona. Between 1988 and 1992 he shows at the Fúcares gallery in Madrid, exhibitions such as R.A.R.O. and A strange world. He screened The Golden Section, the title of the 1989 exhibition at the Luis Cernuda Foundation in Seville. Since 1987 he begins to exhibit his series on the Atomic Bomb, such as El tiempo de la bomba (Unicaja room, Málaga, 1993) or El saco de la risa (Tomas March gallery, Valencia, 1995) or El fandango de la Bomba (Diputación de Huelva, 1996). He also holds individual exhibitions in cities Barcelona, New York or Milan, and countries like Brazil or Germany. Since 2000 he has been working on the projects of the F.X. and Machine P.H. having as working material the iconoclastic and flamenco, respectively. His work can be found in collections such as the MACBA, the Fundació “La Caixa”, the Museo Nacional Centro de Arte Reina Sofía, the Museo de Bella Artes d’Álaba, the Diputació de Granada and the Andalusian Center of Contemporary art.

In a performative lecture held at the Lliure theater called Entering to Live, Adriano Galente performs an experimentation that is a sound testimony of the events that alter consciousness through music, movement and words. The interest of this exploration is to understand those states of transition, of displacement that occurs not in the great moments of inspiration or trance but in small daily actions, how a laugh can divert our way of doing towards a creative act, an action repetitive, the diversion in a conversation. Hence, the objective of this session is to explore those modes of openness that music, sound, breathing, the moments that transport us and transport us to a place from which to create and open a field of possibility can generate.

Adriano Galante is the singer, founder and musician of the sound action, performance and free song collective Seward. With more than 10 years of life, Seward are known to understand music as a tool to explore their own limits, from the way of making and playing songs to the way of being on stage, recording, editing or distributing albums. They are also open to opening the group to other disciplines, with the help of artists such as the playwright Jordi Oriol, the filmmaker Adriana Villa Guevara, the writer and journalist Javier Gallego Crudo, the Antigua and Barbuda company or the verses of Mireia Calafell, Eduard Escoffet or Núria Martínez-Vernis.

Putting the body: the body as a battlefield

From her own body as a battlefield, Lucía Egaña unfolds different ways of putting the body to go through those acts of devices and discourses that register our bodies and their affective geographies. Diverse disciplines and multiple technologies trace – from an anatomy of detail – their normativities on and between our bodies. From anger, letters, words, images, porn, visual interference and the overflow of normative bodies, representations and imaginaries of desire, his work twists the contours of moderation and modeling from which we incorporate modes of functioning of corporeality. This session proposes an exercise in bibliographic declassification, an analysis of the various operations of power on the perception of the body and the field of power of the intellectual territory. The readings infiltrate the body as well as the visual imageries.

In what we read there is also an idea of the body that is incorporated. If we stop and think about our habitual references we can appreciate the geopolitical concentration of the discourses that are inserted in our bodies. Hence, he is exploring and generating a space that did not come from the north and that without good configuration of any body of its own, sets up a question about the forms of work that can resurface the body.

Max Esteban’s work proposes that the 20th century cannot be understood without the infrastructures that made it possible. His project aims to examine the key organizations that will define the 21st century and reveal their ideological nature. Infrastructures as technologies that generate specific conditions that allow certain circulations and meanings of power. From that stratified thickness of the history of the economy and from this broad understanding of technologies, we propose a dialogue that reflects on the interdisciplinary research processes that characterize their work, as well as the type of operations that shape the putting into shape of their work. works, from the five lines of research from which he has developed them.

Max de Esteban, is an artist working primarily in photography and video whose work is best known for his examination of the human condition under a technological regime. His projects have been exhibited in museums and institutions such as NRW-Forum in Dusseldorf, Museum of Fine Arts Houston, XIII Havana Biennial, Deutsche Technik Museum in Berlin, Virreina Center de l’Imatge in Barcelona, XIII Cairo Biennale, CGAC in Santiago de Compostela, Staatliche Museum für Fotografie in Berlin and Palais de Tokyo in Paris.